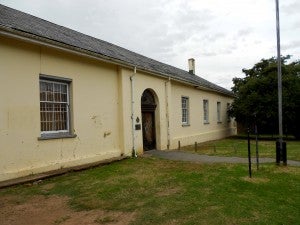 In every society, vulnerable persons can be disproportionately marginalized, unable to reap the benefits of services that are theoretically provided to the general public. Just as marginalization begets vulnerability, so vulnerability begets poor health. In most instances, the responsibility to develop a package of policies and social services specifically target vulnerable populations. In Rwanda, post-1994 genocide policymaking called for a complete overhaul to create, widen, and strengthen safety nets for the poorest and most vulnerable. Further, given that the genocide was precipitated by internationally imported and inserted division and social marginalization, it was more important than ever for the post-1994 government to place a political premium on policies and plans that ensured equity in access to education, health care, business development, and so forth. The present article concerns the context in which a specific, vulnerable population—prisoners—is not able to fulfill their full right to health. Research and action-oriented suggestions are provided in the conclusion.

The right to health was written into the 2003 Constitution in Rwanda.1 In this framework, the Ministry of Health understands the right to health to mean that all opportunities for health and well-being are shared among the entire population, and that there is no geographic, gender, age, or other disparities in accessing health care. In Rwanda, efforts to buoy the health and well-being of all people, including those across categorizations associated with vulnerability, have borne fruit. A community-based health insurance scheme, called Mutuelles de Santé, covers 92% of the entire population; the poorest 25% of Rwandans pay no health care co-payments or premiums.2 Recent analyses show that Rwanda is on track to achieve the health-related United Nations Millennium Development Goals.3

With respect to HIV/AIDS, Rwanda, like many countries in Africa and elsewhere, capitalized on the upsurge in global funding for health that began in 2002. Funding institutions such as the President’s Emergency Plan for AIDS Relief (PEPFAR), and The Global Fund to Fight HIV/AIDS, Tuberculosis, and Malaria (Global Fund) made it possible—for the first time in the history of the fight against HIV/AIDS in Africa—for Rwanda to systematically establish a system of care that would target those most vulnerable to HIV infection; provide the full package of preventive, diagnostic, and treatment services countrywide; and strengthen the entire health system as a result.4 As a result of these financial inputs, Rwanda has achieved universal access to antiretroviral therapy, an 80% percent reduction in mortality associated with HIV/AIDS, and a low, 2% HIV transmission rate from mother to child. The disease is now considered and approached as a chronic illness, as it is in many Western countries, rather than an unnecessary death sentence.

Despite gains across the board in HIV/AIDS outcomes, there remains a gap in care delivery amongst the incarcerated population in Rwanda. With the 1994 genocide in Rwanda’s recent past, there are still many genocidaires serving their prison terms. Of relevance, many prisoners have the option to work in public service (construction of schools, erosion prevention on roads, etc.), which reduces their prison sentences. It has been repeatedly noted in the literature that minimizing geographic barriers to health services will improve the health and well-being of the entire population. Thus, instead of requiring prisoners to seek care outside of the prison grounds, publicly provided primary health care is brought to prisons for easy access to services.

For example, in the case of chronic illnesses, there is a system of care delivery in situ. Two physicians (general practitioners) serve all Rwandan prisons, providing basic clinical care to prisoners and referring all prisoners needing emergency or specialized care to the nearest health facility, such as a health center, district, or referral hospital. These physicians rotate at each prison facility on a daily basis. Each prison also has a dispensary that is managed by nurses. Nurses are trained to refer prisoners to the two general physicians for more specialized care. If referred from the two physicians, the prisoner is easily integrated into the national referral system.

For HIV/AIDS in particular, all prisoners have access to testing, treatment, and supplementary care related to HIV infection. Voluntary counseling and testing mobile units visit all prisons to provide easy access to testing, and ensure early enrollment in treatment. The two general physicians responsible for rounding each prison in Rwanda are trained to provide monthly treatment and follow-up care for HIV-positive prisoners, and to treat other prisoners who happen to be sick with other diseases. Since 2008, fully functional ART services within clinics at each prison operate in the same way as clinics for the general population in the country. This program for HIV diagnosis and treatment is in the framework of the right to health, and is based on the fundamental belief that prisoners have the same rights to health as the rest of the population.

Within Rwanda’s national HIV/AIDS program, there is a strong emphasis on HIV prevention. Condoms are widely available and highly subsidized. Sensitization campaigns run through all media channels targeting all age groups and both genders and especially the most vulnerable portion of the population. The national program for preventing mother-to-child transmission of HIV among women who are pregnant or postpartum is also strong – over 98% of pregnant women get tested for HIV during antenatal care visits.5 Those who test positive then have the opportunity to enroll in care to prevent perinatal infection and it is also an entry-point for testing the entire family, and providing care and treatment to those in need. While HIV prevention is strong amongst the general population, Rwanda should be exploring whether HIV prevention programs are working among key, vulnerable populations who are at high risk of HIV exposure, including prisoners.

Sensitization campaigns and knowledge-building activities are offered in each prison around Rwanda to promote awareness around HIV transmission, opportunities for care and treatment, and general precautions regarding sexually transmitted infections. However, knowledge and information cannot fully protect prisoners against sexually transmitted infections including HIV. Thus, we also should consider what kinds of tools are available to the general public that could be provided to prisoners to stop the spread of HIV. As mentioned above, certain categories of incarcerated persons may regularly go outside of the prison grounds to engage in paid work. Work for public service reduces the time a prisoner needs to serve his or her sentence. Given these geographic and temporal circumstances, it seems that prisoners are not sufficiently protected against HIV infection.

Despite the wide recognition that prisoners leave the prison grounds to engage in work, there is minimal acknowledgment of the types of sexual activities that may be taking place en route to the workplace, at the workplace, or en route back to the prison. We have documented that sexual activity with prostitutes, with spouses, fiancées, or friends does occur during these transition and work times. Some prisoners even have children while they are in prison, and some have expressed that this boosts morale and improves their perspective on life outside of prison. Given that HIV infection among prostitutes in Rwanda is 51%, according to a Serological Behavioral study conducted by TRAC-Plus in 2010, prisoners may often be highly exposed to HIV infection as they cannot access condoms.6

Furthermore, HIV transmission may be increased in prisons, due to male prisoners having sex with other men.7 Although this is strictly forbidden and taboo, and men who have sex with men may be heavily stigmatized and discriminated against if discovered, it is a global reality—not just in Rwanda. Finally, male prostitution has been evidenced to occur in Rwanda, as it occurs elsewhere around the world. If male prostitutes were in prison, this type of sexual activity would likely not cease just because of a law disallowing privacy during visitation.8

Such sexual activity is a risk not only to prisoners, but to their sexual partners and  any children who are conceived while a prisoner is working outside the prison, or after a prisoner is released and has acquired an HIV infection. Knowledge and sensitization are important, but are not enough to stop the spread of HIV among prisoners in Rwanda. And yet, because prisoners are “not permitted to have sex,” Rwandan law does not allow prisoners free access to condoms.9

HIV is considered to be a generalized public health issue when you have higher than a 1% prevalence among the population.10 Rwanda has a prevalence of 3%.11 As of 2012, none of the 16 prisons in Rwanda had condoms available for prisoners based on the rule stating that no prisoners may have privacy (and therefore, ability to engage in sexual activity) during visitation. Prisoners are, however, finding ways to engage sexually during their terms—either in prisons, at worksites, or while traveling between locations. The ripple effects of withholding condoms from prisoners are ominous: children becoming infected, spouses, prostitutes, or other sex partners becoming infected, and an added financial and resource strain on an already poor country. We need to be sure we are making decisions and strategic plans based on evidence, just as the post-1994 government has done in creating an equity imperative across all sectors that promotes equal access to public and social services. With the evidence of HIV infection risk among prisoners, Rwanda should seriously consider whether it would be a smart decision to provide all tools for HIV/AIDS prevention in prisons—without restriction—in order to advance our fight against HIV/AIDS.  Such prevention could also lower costs associated with care and treatment. This fight is a global one, too. If we continue to ignore prison populations as a major risk group for HIV transmission, we will also continue to place intense pressure on national health systems and cause deep suffering amongst those infected and affected.

1. Constitution of the Republic of Rwanda (2003), Art. 41. Available at www.mod.gov.rw/IMG/doc/Constitution_of_the_Republic_of_Rda.doc‎.

8. Law on the establishment, functioning and organization of Rwanda Correctional Service (RCS), Law 34 (2010), Official Gazette of the Republic of Rwanda 4 (2011), p. 3. Available at http://www.mininter.gov.rw/fileadmin/templates/documents/itegeko_rya_RCS.pdf.